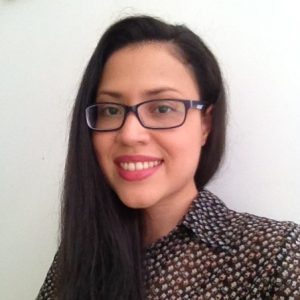 Understanding the Role of Genetics in ADHD

ADHD is traditionally understood as a neurodevelopmental disorder caused by damage to the CNS at an early stage of development, for example during childbirth; however, the clinical complexity of this condition, the associated psychiatric comorbidities, and the higher incidence among identical twins indicated that there must be other factors involved.

A study published in 2018 revealed the first Genome-Wide Significant Loci associated with ADHD, opening the door to a new and deeper understanding of this condition through genetics.

ADHD and other psychiatric disorders

Having proven that ADHD has a genetic basis, it is possible to explain its coexistence with other psychiatric disorders.

Studies have identified a common variant risk of ADHD, also known as the single nucleotide polymorphism (SNP) heritability. This variant is also related to depression, behavioral problems, schizophrenia, as well as other neurodevelopmental traits. This is called genetic overlap and it is a key aspect to take into account when understanding a patient with ADHD.

This means that a person who has the risk variant for ADHD is also at risk of developing the aforementioned disorders. Not all individuals with a genetic risk factor will be diagnosed with ADHD (the heritability of ADHD is 70-80%) because it is a multifactorial disorder, requiring the convergence of both genetic and environmental factors for its appearance.

The future of ADHD seen from Genetics

These first advances in the identification of the genetic basis of ADHD are the prelude to a new stage in the understanding and approach of this historically minimized condition.

In the future, it may be possible to carry out genetic counseling to couples with ADHD or with inherited genetic risk and thus prevent ADHD. Likewise, it will be possible to choose the best therapeutic option according to the variants expressed by the patient.

Currently, the diagnosis of ADHD is clinical, but in the future genetics will allow laboratory tests to support the existence of this disorder, identify the type of ADHD suffered by a specific patient, and identify their particular risk of developing one or another psychiatric condition.

How genetics may improve ADHD treatment

To begin with, genetics provides an alternative way to circumvent the limitations of studying the brain of an ADHD patient.

Genetic-wide association studies have made it possible to establish new lines of research aimed at other therapeutic targets that are believed to be more specifically related to the disease itself than those known to date.

Genetics is a window into the interior of the brain that brings us ever closer to understanding the structures and mechanisms involved in ADHD and accompanies us in the development of new therapies, both pharmacological and psychotherapeutic. That is the case with fasoracetam, which was originally developed to treat vascular dementia, but has shown to be effective in the treatment of some adolescents with ADHD.

Hopefully, scientific studies will continue to provide information to intervene earlier and earlier to prevent or treat ADHD and be a means to improve the quality of life of thousands of patients living with the disorder.